Letter: The Responsibility of the SA Reserve Bank

But it is precisely because the risk of a Depression is so high (a more than 10% GDP crash) that we must see change in those frameworks.

Critics of the limited response by Treasury and the SARB to the Covid-19 crisis are not, as Loewald and others claim, all proponents of “Modern Monetary Theory” nor do they believe that the economic crisis can be resolved purely with central bank activism. We simply think the moment for SARB and the Treasury to stop being so ideological and to break with old neoliberal dogma is now.

High interest rates that resulted from inflation targeting coupled with inadequate levels of government spending and fiscal consolidation strangled the economy during the post-apartheid era. These policy failures caused not only lower GDP growth – hence an increase in government’s debt to GDP ratio – but also extreme social pain.

Will a change in SARB policy – to promote lower interest rates and direct financing of government spending, a form of direct Quantitative Easing in the form of payments directly for infrastructure and extra social grants – cause inter-generational inequity, as Loewald alleges?

The rights of future generations are to enjoy the fruits of an economy that should now be radically retooled to address existing deep socio-economic problems, lower CO₂ emissions and establish long-lasting public infrastructure that (aside from empty soccer stadiums and other white elephants) this government has neglected.

The next generations need much greater investment in this generation’s education, healthcare and basic-needs infrastructure, so life expectancy can continue growing. (The rise from 52 in 2005 to 65 today reflects the current generation’s struggle and ability to gain life-saving AIDS medicines on a generic not branded basis, supplied by the public sector.) In short, we believe strongly in a sustainable perspective that looks decades and centuries into the future – hence the need to spend urgently now to make the structural changes that are long overdue.

What kind of direct financing should the SARB support now? On the one hand, the Treasury and the SARB are prepared to finance up to R200 billion directly from the central bank for the loan guarantee scheme that benefits mainly the banks, using the SARB’s power to supply new money to the economy, i.e. indeed printing it, no matter the posturing in the media that it isn’t.

On the other hand, in an unprecedented display of dogma, the Treasury will stand as guarantor to the SARB for these loans. This represents a threat of a bail-out of the central bank using tax money. In effect, the support that the Treasury is giving commercial lenders through SARB, could potentially constrain future fiscal options. It cocks the austerity gun for shooting holes in social spending in the coming national budgets, as was done this past February.

The policies of the SARB and Treasury have caused immense hardship for this generation, even before Covid-19. The ‘Washington Consensus’ ideology that informed GEAR wrought huge damage, for instance wrecking our manufacturing base and making us more vulnerable to the current chaos in global supply chains.

Indeed, the ideology of liberalisation is so deep that future generations will be economically impoverished by Treasury and SARB’s willingness to ignore tax dodging by wealthy white (and a few black) elites. The Financial Intelligence Centre estimates that South Africa is a victim of illicit financial outflows of US$10 to US$25 billion annually. This is one of the worst policy failures on the part of the SARB, one it simply refuses to acknowledge and repair.

Society should also worry about the SARB copy-catting central bank financing strategies that mainly bail out commercial banks, as we witnessed during the 2008-13 financial and monetary stimulus of the U.S., Britain, the European Union and Japan. SARB’s new Financial Stability Review gives cause for concern about inadequate supervision and regulation during the Covid-19 catastrophe, given the country’s excessive financialisation since the 1980s.

But the most important way to deal with such concerns, before it is too late, is capital controls, which were partially abandoned after 1994, in favour of financial liberalisation. During the last world financial meltdown, such residual controls – e.g. allowing only 25 percent of institutional investment to be placed abroad – were the reason the entire economy did not collapse, we recall. Treasury and the SARB must now sharpen and apply this vital tool instead of blunting it further.

The neoliberal dogmatism of the SARB and Treasury has stolen the dream of a better post-apartheid economy for all South Africans. Now is the time to look elsewhere, to see much different practices as more responsible central bankers respond to the crisis. Internationally, mainstream economists have been forced to update their thinking and policies, particularly when they were shown to be incorrect after the 2008-09 financial crisis, especially given the lack of economic recovery – the ‘secular stagnation’ – that prevailed thereafter because the financial sector and rich people were treated with excessive generosity.

In this emergency, it is long overdue for SARB and the Treasury to transcend the failed mainstream macroeconomic views that they still cling to, today. They will not lose integrity or independence if they become properly accountable to the people of South Africa. They will gain in credibility, and be considered part of – not against – the democracy.

For the sake of current and future generations and democracy, the SARB and Treasury must be held accountable and participate in a discussion about the best way forward for macroeconomic policy. Our starting point in that discussion is that the entire macro-economic framework is defunct and has to be dispensed with – or we risk degenerating into a failed economy, society and state.

Simon Roberts, Professor in Department of Economics and Econometrics, University of Johannesburg

Greg Ruiters, Professor at School of Government, University of the Western Cape

Isobel Frye, Director, on behalf of Studies in Poverty and Inequality Institute – SPII 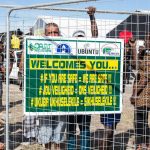 Letter to the Minister of Health: Access to Sexual and Reproductive HealthMember statements