Ayanda Kota of the Unemployed People’s Movement has been forced into hiding after receiving information that plans were in place to assassinate him. This comes after the High Court in Makhanda dismissed an application for leave to appeal a decision ordering Makana to be placed under administration and that Makana’s municipal council be dissolved. Ayanda was informed of this latest plan on the day that the Provincial Executive Council announced that they would be appealing the judgment to the SCA. This threat on his life is in line with patterns of abuses and ongoing assassinations against activists in post-1994 South Africa.

UPM decided to approach the courts as a last resort in 2019 after struggling for many years to get the Makana local municipality to address the service delivery failures and general state of crisis in Makana. This includes the crippling water crisis, poor waste collection, dismal road maintenance, aging infrastructure, the unaffordable wage-bill of municipal employees, and Makana’s exorbitant debt.

UPM has been part of a coalition of organisations in Makhanda who advocated for provincial intervention in terms of Section 139 of the Constitution. Between 2014 and 2016, Makana was placed under administration twice and after both interventions, the situation in Makana has still not improved. A financial recovery plan was developed during the first administration, and five years later, it is yet to be implemented.

Residents in Makana have been battling with accessing safe and regular water supply for at least 10 years. For extended periods of time, residents would be without water for days at a time and the poor communities in Makana have been hit the hardest. UPM has consistently championed the plight of poor and unemployed residents in Makana. They have been determined and committed to exposing the devastating impact that poor governance has had on the lives of poor, black people in Makana. It has engaged local government, organised, protested, and advocated to no avail.

After two administrative interventions and concerted efforts by the residents of Makana, the High Court ruled that Makana has failed in its Constitutional duty to deliver services to its people and to meet its financial obligations. During litigation, neither did the Makana Municipality nor the provincial respondents dispute this breach in Makana’s constitutional obligations. So why then are they resisting efforts to correct things in Makana and why have they resorted to threatening an activist’s life?

This threat on Ayanda’s life is not the first that the UPM has been confronted with. In 2010, his life was threatened and in 2012 he was assaulted by several police officers. UPM’s late Gladys Mphepho was told by ANC members that they would cut her breasts off. Abahlali baseMjondolo have lost 18 of its members to this callous violence over the 15 years that it has struggled for access to land and access to services. On 24 April 2020, Mr Mkhize, a leader of the Anti-Land Invasion Unit, fired at the community living in the eKhenana settlement after the community secured an interdict against the eThekwini local municipality’s repeated and unlawful evictions. Yamekela Vezi was shot in the hip by Mr Mkhize and yet he continues to draw a salary. This forms part of a pattern in which local politics for poor black communities organising for service delivery spills over into violence and where activists are targeted and harmed with impunity.

The greatest cost of challenging a failing government by demanding better service delivery is borne from the poorest and most marginalised amongst us. They are the first to be targeted and are often harmed with impunity. This judgment against Makana was the result of years of collaboration across various organisations and residents in Makhanda including the Grahamstown Residents’ Association, Rhodes University’s Public Service Accountability Monitor and the Grahamstown Business Association and yet Ayanda has been senselessly targeted for what is a victory for the people of Makana.

Activists across the country can recount experiences of unlawful arrest, routine harassment, violently suppressed protest action, brutal assaults and extrajudicial killings. Poor black activists across the country can call out the hypocrisy of government’s black lives matter posturing because they live a reality that has proven that their lives haven’t mattered. Activists and communities who dare challenge the corrupt practices that impact the lives of millions across South Africa have always been under threat. Activists and communities who dare to expose the networks that plunder the country’s resources live under threat. Activists and communities who have refused to be silent about the ways that government is failing them and has been for the past 26 years are met with the brute force of the state. These lives matter. These voices and struggles matter. The lives of poor black people matter.

The C-19 People’s Coalition stands against this targeting of activists across the country and demands that their calls for protection be taken seriously by government and by the police. Ayanda has called for protection and it is critical that he gets it. He has said that “it has become normal that those who seek the recourse of justice are always living in fear, but those who plunder and loot, they just walk free.” We should all be outraged and must oppose this state of affairs. We call for Protection for Kota and other activists who continue to come under fire and we demand justice for Yamkela Vezi. 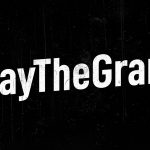