Open Letter: Truda Foods must respect the rights of workers

Open Letter: Truda Foods must respect the rights of workers

*The Eastern Cape Covid-19 Peoples’ Coalition retracts the OPEN LETTER: TRUDA FOODS MUST RESPECT THE RIGHTS OF WORKERS issued on November 25th, 2020. Please use this version instead *

We, as the C19 People’s Coalition and the undersigned academics and activists, are very concerned about the situation unfolding at the Truda Foods factory in Komani, Eastern Cape.

The workers at Truda Foods voiced certain grievances to their union, the South African Security and Allied Workers Union (SASWU) and their community-based organisation, the independent Komani Residents Association (iKORA). These grievances centre largely around alleged breaches of the Basic Conditions of Employment Act and health and safety concerns.

When these two representative organisations attempted to set up a meeting with the Truda Foods factory management to discuss the workers’ issues, they were rebuffed. The workers at the factory then decided to picket. The management of Truda Foods subsequently interdicted the workers from posting ‘untrue’ statements on social media and from impeding the business of Truda Foods.

The interdict application was held in the Labour Court in Port Elizabeth, a four hour drive away from Komani. iKORA, SASWU and the workers were not interdicted from picketing outside the plant, only from disrupting its operations. The organisations then held peaceful pickets outside the plant for a few days before moving the picket to an open piece of land in Ezibeleni.

Despite this, Truda Foods has now applied for a contempt of court order against only the leaders of SASWU, iKORA and the worker leaders, claiming wrongly that they breached the interdict. The sentence for a contempt of court conviction is a R5000 fine or three months in prison. In its court papers, Truda Foods requests the judge to jail the group of activists, who have been summoned to appear again in the Labour Court on December 9th, 2020 to explain why they should not be convicted.

We believe this amounts to an attempt by Truda Foods to criminalise activists who are involved in the legitimate exercise of organising and unionising the Komani factory.

We note that iKORA and SASWU are small, under-resourced organisations and every time the group of ten or 11 activists is summoned to court, it is very costly. We note that these organisations lack legal representation and the court has awarded two costs orders against them. We note that Komani is an isolated area with very few big employers and that the actions of Truda Foods will have a chilling effect on those who wish to exercise their constitutional rights to protest, freedom of expression and freedom of association.

We believe it is entirely inappropriate in a democracy for a factory that has been offered the opportunity to hold constructive negotiations to prefer litigation with the aim of having activists imprisoned. We note that the company objects to almost every form of electronic communication and social media posting done by SASWU, iKORA and their members, including objecting to workers liking a Facebook post about an unrelated march against the municipality. This is a flagrant disregard of the constitutional right to freedom of expression.

We call upon Truda Foods to immediately withdraw both their interim interdict and their contempt of court application and to convene discussions with the workers and their union, with the assistance of a relevant Chapter Nine institution such as the South African Human Rights Commission where needed.

*For further inquiries, and/or to add your name to the letter, contact Ivor Baatjes – ivorbaatjes@gmail.com

Issued by the C19 People’s Coalition 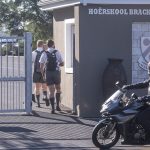